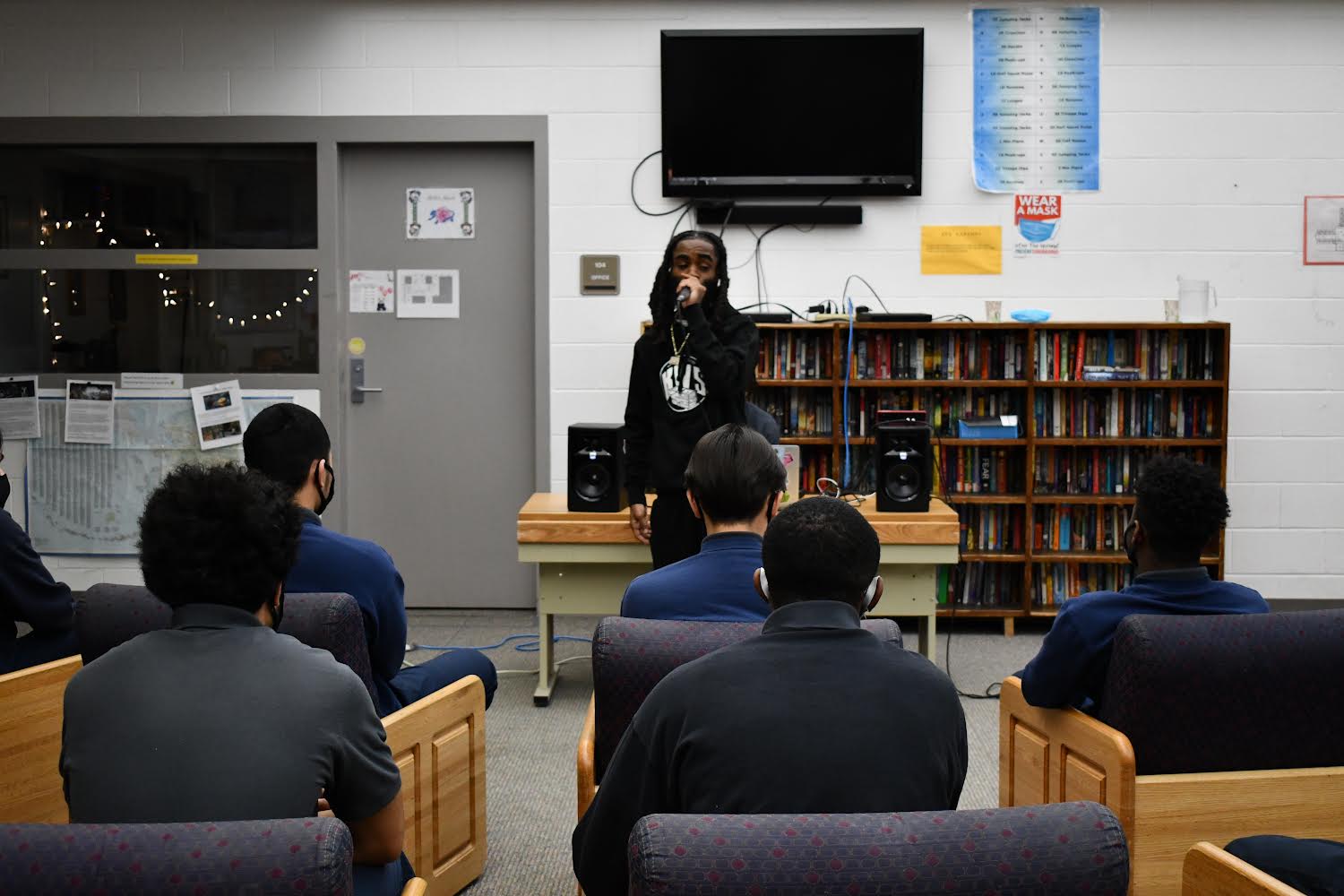 Anchorage, AK: See Stories was awarded a $20,000 grant from Shakespeare in American Communities for their work with incarcerated youth at The McLaughlin Youth Center in Anchorage, Alaska. $1.17 million was allocated to various professional theater companies partnering with schools, while $170,000 went to organizations working with students in the juvenile justice system from Shakespeare in American Communities, a program of the National Endowment for the Arts in partnership with Arts Midwest. You can see their press release here. See Stories was one of nine organizations working with juvenile justice facilities awarded for their Shakespeare and Hip Hop workshops at the McLaughlin Youth Center in Anchorage. McLaughlin is a youth rehabilitation and detention center for kids between the ages of 12 to 18.

See Stories founder and director, Marie Acemah, had previously led the Shakespeare and Hip Hop Workshop with local hip hop artist, Tayy Tarantino, who served as co-instructor and mentor to the students at McLaughlin. In the Shakespeare and Hip Hop Workshop, students engage in Shakespeare’s Othello, a tragedy with themes that revolve around betrayal, jealousy, racism, love, and toxic masculinity. Students explore these themes by re-working the play through reflection, writing sonnets, and creating original hip-hop lyrics and beats, while relating these themes to their personal lives.

Tarantino will return as co-instructor, along with Acemah bringing his expertise in hip hop, music, poetry, and storytelling back to the students at McLaughlin. Acemah stands as the coordinator for the project and partnership with McLaughlin, engaging the students in Shakespeare’s Othello and sonnets. With Tarantino, students related to his personal story and were inspired by his motivational messages and the mentorship he provided to them. One such student from McLaughlin, who has taken the class with Acemah and Tarantino, will also serve as an intern–providing input, advising instructors, and mentoring and aiding students in creating beats and recordings for their songs.

With this generous grant, the program will continue to expand to the stage, as a theater element will be added. Students will be given the additional option to produce their original works through theater, or combining the three mediums of film, hip hop, and acting. Actor, director, playwright, and Shakespearean educator, Keith McGill, will be added as the newest addition to the team, providing skill and mastery in Shakespeare and theater. McGill has been a free-lance teaching artist and workshop leader for over 25 years with organizations such as Shakespeare Behind Bars, Kentucky Shakespeare Festival, and Commonwealth Theatre Center and Actors’ Theater’s New Voices playwriting program, and he has appeared in various theater productions.

The Shakespeare and Hip Hop workshops will commence at The McLaughlin Youth Center for the 2022-2023 school year and each workshop will culminate with a theater production with plans to present to the Anchorage community, depending on costumes that can protect student’s privacy.

About See Stories: See Stories is a nonprofit organization that leads youth documentary, film workshops, and podcasting production workshops for youth in Anchorage and around the state of Alaska. See Stories builds inclusive communities with film and story, offering youth workshops, teacher professional development, and partnering with schools and local communities to inspire stories. See Stories works to ensure that diverse Alaskans and youth are given the media skills to craft stories better representing the Alaska they know.

About the film: See Stories’ Shakespeare & Hip-Hop workshops engages participating youth in Shakespeare’s Othello and transforms that engagement into students’ own writing of hip-hop lyrics and beats. Here, inspired by students in the Shakespeare and Hip Hop workshop at the McLaughlin Youth Center, Founder/Director of See Stories, Marie Acemah writes a rap called, “Soul of Freedom.” See Stories brought in local hip-hop legend Tayy Tarantino, who developed the hip-hop piece of the course, and photos of his work in action are featured in this lyric video below. This film can also be viewed on our See Stories Vimeo channel here.