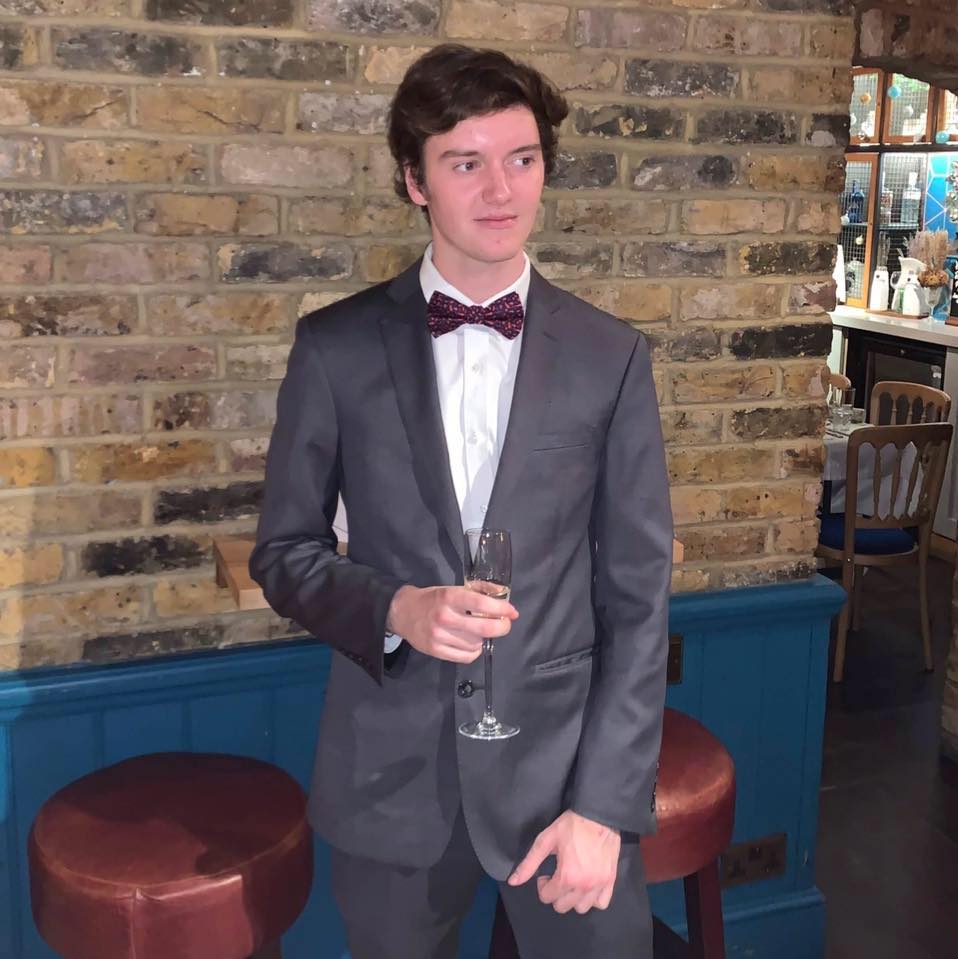 InterviewPosted on December 13, 2021 by Admin

“Maybe you won’t change the world, but you can at least make a dent.” This is the takeaway that Michael Parnell, a 2010 See Stories alum, shared of his learning in his See Stories workshop as I interviewed him. Michael attends King’s College in England, pursuing a degree in Film Studies. Based in London, setting up an interview between GMT and Alaska time was difficult to do. Michael understands the time difference, as he travels between London and his hometown of Kodiak yearly.

Kodiak is where Michael first connected with See Stories, an experience which helped to shape the path of his life and has influenced where he is today. He has always loved film and the creation of stories through said medium. He first started making films when he won a camcorder in an elementary school raffle, soon upgrading to a Go-Pro camera. Although he enjoyed film at the time, Michael remembers that “I had never done anything that challenged me to think about what I was doing” in relation to film. He cites the See Stories workshop, which he participated in in Middle School, and the Kodiak High School for opening his eyes to what a film career could be.

In the workshop Michael created a film on the 1964 Good Friday earthquake and tsunami that hit Alaska, which can be viewed here. Diving into the task allowed him to explore his passion, and to develop it further.

“He was a shy kid… and then he came out and made this!” Marie Acemah, his instructor for the workshop, says of her time teaching him. Michael took his first opportunity to explore narrative cinema and ran with it. His film interviews elders and friends of his family on how the tsunami happened, what the aftermath was, and most importantly how the town came together to recover. “A large task for a 12 year old.”

The workshop is what Michael references for pushing him to discover his passion for film. He finds importance in finding your passion and pursuing it. “The workshop helped support me and show me I could make a living out of it. It showed me I could enjoy it on my own and challenge myself.” After the workshop, Michael continued to make films. With a long-running Youtube channel and multiple longer films in his resume, it is no surprise that Michael is making a career in film. Currently, he is working on his dissertation on the effects of COVID on film production and is employed in a special effects company in conjunction with film and TV business production. “I guess my dissertation is my passion project.” Was Michael’s answer when I asked about other undertakings he was enthusiastic about. “I like expressing myself and being happy with what I do, to enjoy going to work.”

But in order to get to where he is now, he had to start somewhere. Workshops and extracurricular experiences are what pushed Michael towards where he is today. “They showed me I could make something fun, informative and important. That my work mattered to other people.” From taking the first step and diving into a daunting experience, more and more opportunities and valuable experiences come. “ I am not the same person I was in middle school. Film has helped me get out of my shell. Finding people like you who like to create is very helpful. I am still friends with some kids from that (See Stories) program.”

This is the message he wants to impart on young people today. To take the first step out of your comfort zone, to push yourself further to find what you love. “If you are on the fence about doing a course or workshop- do it. It can seem daunting. It was for me in Middle School not having made a serious film. It’s worth all the work.”