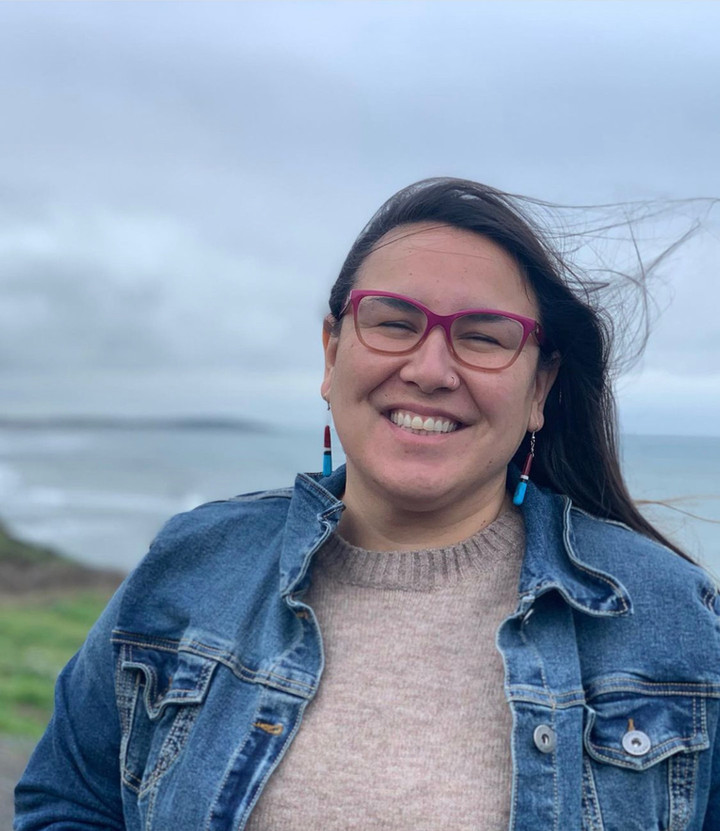 InterviewPosted on April 6, 2022 by Admin

Telling and sharing stories is essential to human function and to the preservation of cultures. Especially in Alaska, communication is a rapidly changing and developing area. Miranda Petruska has seen how lack of communication can diminish the connection of a community and has contributed to the effort to keep this from happening.

Born and raised in the village of Nikolai, Miranda experienced her Upper Kuskokwim Athabascan culture through storytelling. “I was raised by my grandparents who were super indigenous and lived off the land”, she says of her childhood in the village. “In Alaska native culture that is important. Elders are our gateway to knowledge.” She has experienced indigenous culture through multiple lenses: as a child learning the culture, as a mother and community member preserving the culture, and as a board member on See Stories contributing to the sharing of the culture.

Miranda has fond memories of growing up in rural Alaska. She speaks to a constant sense of community and family. Potlatches and annual occasions were a constant celebration of community. “ I just remember always being with people and outside, at fish camp, moose hunting.” Having a background that is so shaped by experiencing indigenous culture, Miranda can easily identify where changes away from traditions and stories are happening.

“I can’t speak for all rural Alaska native people but I see a lot of people on screens and online, issues with alcohol and trauma.” These issues separate people from the traditional cultures, the cultures that Miranda was raised on. Because of the divide, she sees how important it is to cultivate and preserve the stories of the cultures, so that future generations can still learn from them. Moving back to Nikolai years ago, Miranda became involved with her tribal council politics and as a community health aid. She doesn’t see herself as a conventional storyteller, although she is an artist. But through these positions and raising her own children, she was able to find a way to be a conservationist of stories.

“Obviously it’s really cool to consume stories. I think art is another form of storytelling. It’s fascinating and beautiful. There is generally a story behind someone’s art.” Miranda makes jewelry and paints, communicating her stories through her own art forms. As a community member in Nikolai, she passed on stories, making sure they don’t fade away with no one to listen to them. This is where she first became connected with See Stories. She became involved with the organization back when it was called “Media Action” and stayed with us helping out and lending a hand until she joined the board in October of 2020. Miranda connects with the See Stories mission wholeheartedly. “It’s about building community and telling stories to build community. I love the mission, I love the work that is being done.”

Storytelling is something that should be preserved and taught to people. Not only does it keep culture alive, it benefits communities. “Youth play an important part. Story teaches youth lessons, important life lessons. It builds a skill set in being a communicator and a relationship builder. “ Miranda’s passion is in making sure that happens, and that it happens for all young people with a story. “Hearing from the kids who don’t have a platform is important.”

Encouraging kids to be social and to communicate is important too, and that is what Miranda does in See Stories, as a mother, and in her career. Just recently having moved to Washington and Quileute land, her connection to Alaska through See Stories has kept that cause alive and well, and her contributions to it are just as powerful across state lines. “We can accomplish anything at this rate. It’s just the beginning, anything is possible.”

Telling the stories that need to be told is important. Preserving those stories to eventually be told is an even larger contribution. This is what Miranda is doing, and what she hopes every person and community member does. “I interpret story as everything, as dialogue in a community. We are all part of a bigger picture and bigger story.”